Lately, I’ve running a little side project with the aim of setting up a self-hosted array of software in one my old, beat up laptops.

While I was doing this, I thought that it would be as useful and interesting to try and set up a my personal home theatre - I chose Kodi for the job.

Even though it only supports 15.2 officially on Raspbian, there’s an unofficial repository using 16.1 which means that I could use the full power of Kodi on a low power hardware such as RPi 2.

I started using it and unfortunately it always seem to break when I was trying to stream videos. I couldn’t understand why. I changed Skins, Add-ons, streaming sources and what not. I couldn’t figure out why, some videos broke and some didn’t.

Off to Google I went.

It took me about 10 to 15 minutes to understand what might be the problem. GPU processing was being streched to its maximum capabilities.

On the Raspberry forums I was able to understand that GPU doesn’t have it’s own RAM, and that GPU is responsible for the graphics processing involved in video playback and streaming.

I thought to myself that if I tried to watch something lower than HD…maybe it’d work.

After the problem origin was found, it was time to understand the solution which turned around GPU RAM I was sure by now.

After googling some more, I found that it was possible to configure Raspbian memory splitting directly from raspi-config: 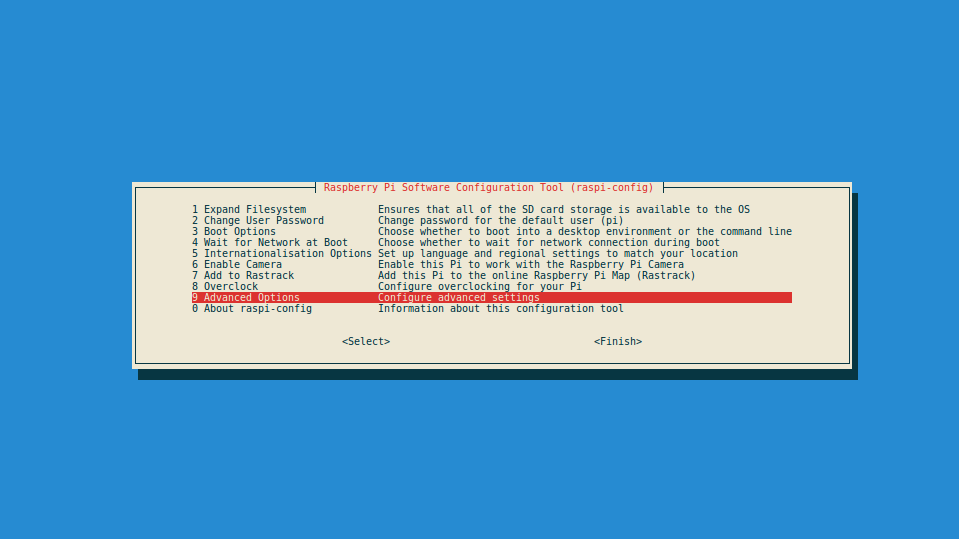 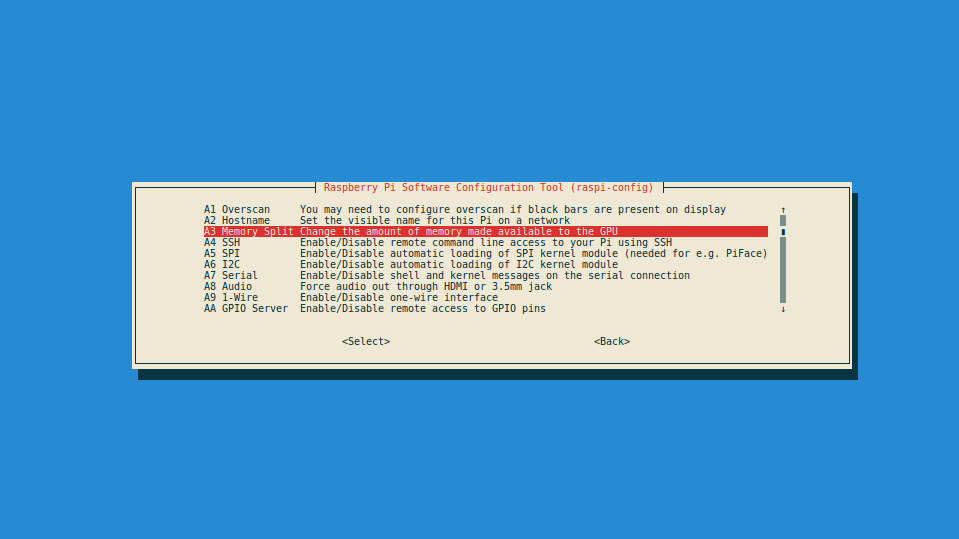 Configure depending on your needs. I went with 265:

This worked for me and helped me achieve better graphics performance on Raspbian.